September is Suicide Prevention Awareness Month — a time dedicated to learning and sharing about how suicide impacts our communities and how it can be prevented. Suicide is one of the fastest-growing epidemics in the world, with over 700,000 people dying by suicide globally each year. In the US, teen suicide rates have gone up by 56% in the past two decades.

Misconception #1: It’s dangerous or harmful to talk about suicide

Dr. Kanady kicks us off with an important point: Talking about suicide responsibly and compassionately won’t increase the likelihood of suicidal behaviors. The opposite is true, because open discussion can help people feel less ashamed and isolated, and like it’s okay to reach out for support. Dr. Kanady stresses that “avoidance of the topic likely perpetuates stigma, which can contribute to reluctance around help-seeking behavior.”

The National Institute of Mental Health (NIMH) reinforces this stance, advising that “asking someone about suicide is not harmful.” Remember that asking about suicide won’t put the idea into someone’s head. In fact, it can help reinforce the sense that it’s an okay topic to ask about — and doing so may be the best way to find out it someone is at risk.

Help normalize the conversation by sharing this blog post, or other content about Suicide Prevention Awareness Month, with a friend, family member, or on social media.

In the US, suicide is the second leading cause of death for people aged 10-34, and the fourth leading cause for people between 35-45. Certain populations are at higher risk than others, leading to the development of organizations like The Trevor Project, which is focused on ending suicide among LGBTQ+ youth, and the establishment of campaigns such as BIPOC Mental Health Month.

Suicide affects people and communities of all kinds. When someone dies by suicide, friends and family members often find it hard to cope with the feelings of loss and grief, sometimes compounded by the stigma and shame that surround suicide. Several organizations exist to help support people impacted by suicide, such as Suicide Prevention Lifeline and SAVE.

Suicide affects more people than you may think — even people in your own life. Learn how to support someone who’s been affected by suicide.

Another misconception is that if someone is considering suicide, all hope is lost — they’ll do it one way or another. Dr. Davis says it’s important to understand that this isn’t true, and that there are ways to intervene on both large and small scales. For example, country-wide policy interventions that reduce access to common means of suicide — such as guns and pesticides — has been linked to drops in suicide rates.

On a more interpersonal level, suicidal behaviors aren’t always obvious, and the warning signs range from clear to undetectable. But studies show that if someone recognizes that a loved one may be considering suicide, taking steps to support them can save a life. NIMH recommends that you not leave a suicidal person alone, don’t promise you’ll keep their situation a secret, and try to connect them to appropriate resources or professional help.

Learn what to do if you suspect someone in your life may be considering suicide.

Conversations can save lives

An important part of discussing suicide openly is taking care to avoid stigmatizing suicide or those who die by suicide. By choosing language that resists harmful stereotypes, we can all do our part in spreading awareness and supporting those in need. One way to do this is by using “person-first” language about suicide. For example, saying someone “died by suicide” instead of “committed suicide,” since the word “commit” has criminal connotations.

If you or someone you know is experiencing a mental health emergency, call the National Suicide Prevention Lifeline at 800-273-TALK (8255), call 911, or go to the nearest emergency room. Remember: Talking about suicide won’t encourage someone to attempt it — and it could help them in their moment of crisis. To learn the warning signs of suicide, visit the National Institute of Mental Health. 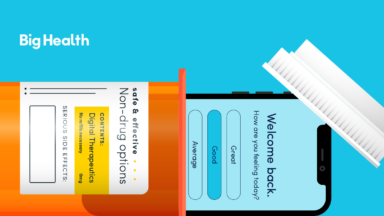 The dilemma of mental health medication side effects at work 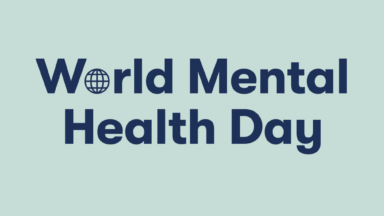 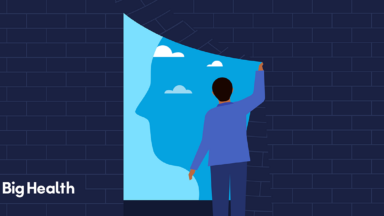 (Stay on the page)