In 1992, the alternative rock band R.E.M. wrote the song “Everybody Hurts” and it became an instant classic (here, have a listen). Not only is the tune catchy but the lyrics are rather accurate. Decades of psychological research confirm it: Mental health problems are universal and “everybody [does indeed] hurt sometimes.”

There are two main reasons why people prefer care rooted in behavior change.

First, psychiatric medications often come with side effects. One study found that among people taking antidepressants, 58% experienced at least moderately severe side effects. In addition, medications for anxiety and depression frequently cause weight gain and sexual problems, and medications for insomnia increase the risk for falls and auto accidents.

Second, behavioral medicine is more likely to offer lasting benefits. When people receive care based on cognitive behavioral techniques, they learn strategies that address the root cause of their mental health problems — such as cognitive biases and avoidance — which they can apply now and in the future.

In contrast, the effects of medication stop when the medication is discontinued. And unless psychiatric medications are reduced slowly and carefully, patients run the risk of experiencing withdrawal symptoms, such as a rebound increase in anxiety, irritability, and sleep problems.

Sometimes what people want and what’s best for them don’t always line up. Staying up late binge watching Netflix seems like a good idea in the moment, but will have a negative impact on us in the long-run. Eating steamed vegetables with every meal sounds great in theory, but may not be universally appealing.

However, when it comes to behavioral medicine, everything lines up — people express a strong preference for it, and research shows it’s highly effective. In fact, one study showed that for people suffering from anxiety, those receiving psychotherapy (i.e., behavioral medicine) were more satisfied with their mental health care than those taking medication. In another study of antidepressant users, 22% decided to stop the medication without the input of their doctor, citing concerns about side effects, lack of benefit, or wanting to work on mental health without medication.

Yes, medications may have potential side effects. But if we consider the benefits of medication, it makes sense that they are the most common mental health treatment. Unlike traditional face-to-face care, they are convenient to access and are easy to scale. Fortunately, digital therapeutics can offer those same benefits while also providing people with the care they prefer.

Because they are fully-digital, digital therapeutics — such as Sleepio for poor sleep and Daylight for worry and anxiety — can provide people with personalized behavioral medicine in the exact moment of need, at scale. Digital therapeutics deliver convenient, consistent care with no serious side effects.

But digital therapeutics aren’t just convenient, consistent, and scalable, they also work. There is robust evidence that proves behavioral medicine delivered in a digital format can help people overcome even the most stubborn mental health problems.

For example, Sleepio has been studied in over 30 peer-reviewed papers, representing more research participants than were included in studies for some of the most common psychiatric medications. Results from those studies demonstrate that Sleepio consistently reduces poor sleep symptoms and improves psychological well-being, after just six weeks, with effects lasting through a 48 week follow-up. Additionally, Daylight has been shown to help 71% of members move from clinical to non-clinical levels of worry and anxiety while also improving symptoms of low mood, sleep, and quality of life.

A safe and effective non-drug alternative for mental health

Recognizing the benefits of digital therapeutics doesn’t mean there isn’t still a role for psychiatric medication. Many people find medications effective, and it can also be helpful to combine medication with behavioral care. In some instances, medications can reduce symptoms that make it easier for people to start applying learned behavioral medicine skills.

Digital therapeutics aren’t meant to replace medication, but rather be a complement for people who want more choices. Just as poor mental health isn’t one-size-fits all, care shouldn’t be either. Offering your employees digital therapeutics provides them with safe and effective care options that they actually want. 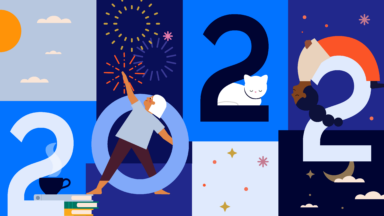 Year in review: the evolution of our digital treatments for insomnia and anxiety

Review the top articles, webinars, research, and announcements from Big Health in 2022.

A non-drug solution for sleep problems 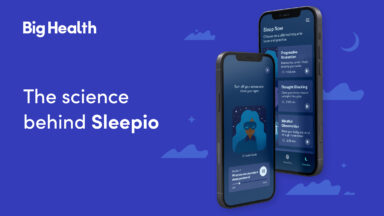 What is Sleepio, and how will it benefit your employees?

Hear from one of our experts on how Sleepio helps get employees back to great sleep, and in turn, increase…