A fifth of the US population – more than a million people – reported experiencing mental health issues over the past year. Meeting the mental health needs of your employees is tougher than ever as demand for these services is soaring and the number of mental health providers can’t meet the need. It’s critical to assess all of the options available with an eye towards accessibility, efficacy, and safety, while understanding that many will end up on the path of prescription medications, OTC medications or a mix of both.

One of the trickiest issues in psychiatry is what’s known as a “drug-drug interaction,” or DDI. A DDI happens when an employee takes multiple medications and the pairing alters the effects of the drug(s) on the body. This could potentially include toxic side effects, the development of new symptoms, or one or more of the drugs not working properly. With nearly 50% of people taking prescription drugs, and half of those on three or more medications at once, DDIs have become very common.

What DDIs do we need to worry about in the world of mental health? It’s not an easy question to answer. Psychiatric drugs work on the brain – our most complex organ – but they can still affect other parts of the body. Because of that, prescribing clinicians acknowledge that “identifying DDIs with psychiatric medications is perhaps more challenging than in any other area of medicine.” DDIs can occur between prescription medications, over-the-counter drugs or even supplements. While it would be impossible to list the thousands of DDIs that can occur with mental health medications, let’s look at some examples.

…But that’s not all

Detecting DDIs isn’t as simple as asking the internet whether two drugs interact. In fact, it’s not even as simple as asking your doctor. Currently no standard definition for DDI exists and that means many DDI database resources contradict each other. This requires clinicians to consult multiple resources and reconcile the conflicting information to perform their assessment.

Improving our understanding of DDIs is a slow but critical process for arriving at clearer, straightforward answers. There are still relatively few good studies of DDIs, especially in comparison to the many interactions that could happen. New DDIs are always being discovered — unfortunately often by individual employees and their doctors — but it takes a long time before a rigorous research study can confirm whether the DDI is common or a fluke.

In other words, just because a given interaction hasn’t been well documented, that doesn’t mean it’s not a risk. At the end of the day, even when a DDI is happening, it might not be obvious to the employee or a medical professional. As one researcher puts it, “DDIs can present as virtually anything, including the worsening of the illness being treated or the emergence of a new illness. For this reason, such ‘masked’ DDIs can ironically lead to the use of more medications to treat the apparent worsening of the primary condition or to treat the apparent emergence of a new condition.”

What does this mean for your employees?

Imagine being one of the millions of people hoping to get help for a mental health condition like anxiety or insomnia, but your insurance only covers the first six visits, the rate is $300 a session and they can’t see you for 10 weeks. So you start looking into medications, and no matter the drug, you face an alarming number of potential side effects and DDIs: Prozac (an antidepressant) can interact with at least 643 other drugs, and Ambien (a prescription sleep medication) interacts with 424 other drugs.

But even that information isn’t necessarily complete: Scientists warn that online databases “do not replace the educated, astute, and conscientious prescriber who remains the major safeguard against the occurrence of serious untoward interactions.” With most psychiatric drugs prescribed by primary care providers, it may be difficult for your doctor to monitor closely enough to see whether a DDI is present. So, if your employee wants to treat mental health without stopping their other medications, and has struggled to access care with a mental health professional, there could be no choice but to accept an often unknown risk of DDIs. This is, of course, on top of the risk of side effects, and the time, energy and money spent finding a medication that works.

Employees deserve treatment options that are accessible, efficacious and safe – plain and simple. While psychiatric medications will always play an important role in the repertoire of treatments, digital therapeutics (DTx) such as Sleepio and Daylight represent a more accessible opportunity for care that’s clinically effective but also addresses root causes with no serious side effects.

Learn how to evaluate digital therapeutics.

In accordance with FDA’s current Enforcement Policy for Digital Health Devices for Treating Psychiatric Disorders During the Coronavirus Disease 2019 (COVID-19) Public Health Emergency, for patients aged 18 years and older, who are followed by and diagnosed with insomnia disorder by a medical provider, Sleepio can be made available as an adjunct to their usual medical care for insomnia disorder. Sleepio does not replace the care of a medical provider or the patient’s medication. Sleepio has not been cleared by the U.S. Food and Drug Administration (FDA) for these indications. Users are directed to not make any changes to their prescribed medication or other type of medical treatment without seeking professional medical advice.

How to talk about suicide, from a therapist

Suicide isn’t easy to talk about. How do you appropriately react and respond if someone expresses they are experiencing suicidal… 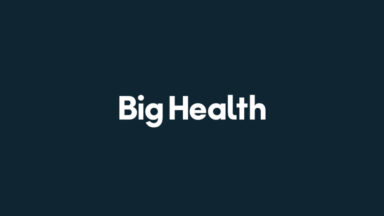 When Wendy Holcomb experienced a series of physical events that triggered insomnia, it took a drastic toll on her mental…

Julia Santos, a recent college graduate living in a new city, has struggled with anxiety for a long time. When…

(Stay on the page)